Veera Välimäki lives and designs in Southern Finland. She loves simple yet modern knits that are easy to wear year after year. Veera is a master of casting on for new sweaters; she adores garter stitch and all kinds of short rows. Majority of Veera’s work is self-published. Her work has been featured in magazines and books both in Finland, Europe and in the US. You can follow her process in knitting in her blog 100% rain, or rainknitwear.com
http://100-rain.blogspot.fi/
http://www.rainknitwear.com/

Ysolda Teague is an innovative Scottish designer whose book, ‘Little Red in the City’ has inspired knitters everywhere to think about making their sweaters fit perfectly. She has contributed to online publications such as Knitty and Twist Collective is well known for her 3 books in the Whimsical Little Knits series. Most recently she is the Author and Collator of ‘The Rhinebeck Sweater’. Ysolda lives and works in Edinburgh but loves to travel, especially when it means meeting the people who make her patterns.

Carol Feller is an independent knitwear designer and teacher living in Cork, Ireland. Her patterns for men, women, and children are widely published in books and magazines, including Twist Collective, Interweave Knits, Knitting in the Sun (Wiley, 2009) and Knitty. Carol blogs on StolenStitches.com and can also be found on Twitter (@stolenstitches), and Facebook (carol.feller). She lives in Cork, Ireland, with her husband, four sons, and a large dog. Her first book, Contemporary Irish Knits, was published by Wiley in August 2011 and she has since published two more books, Scrumptious Knits and Among Stones. Carol enjoys designing knitwear that is well-shaped, flattering to wear and enjoyable to knit. 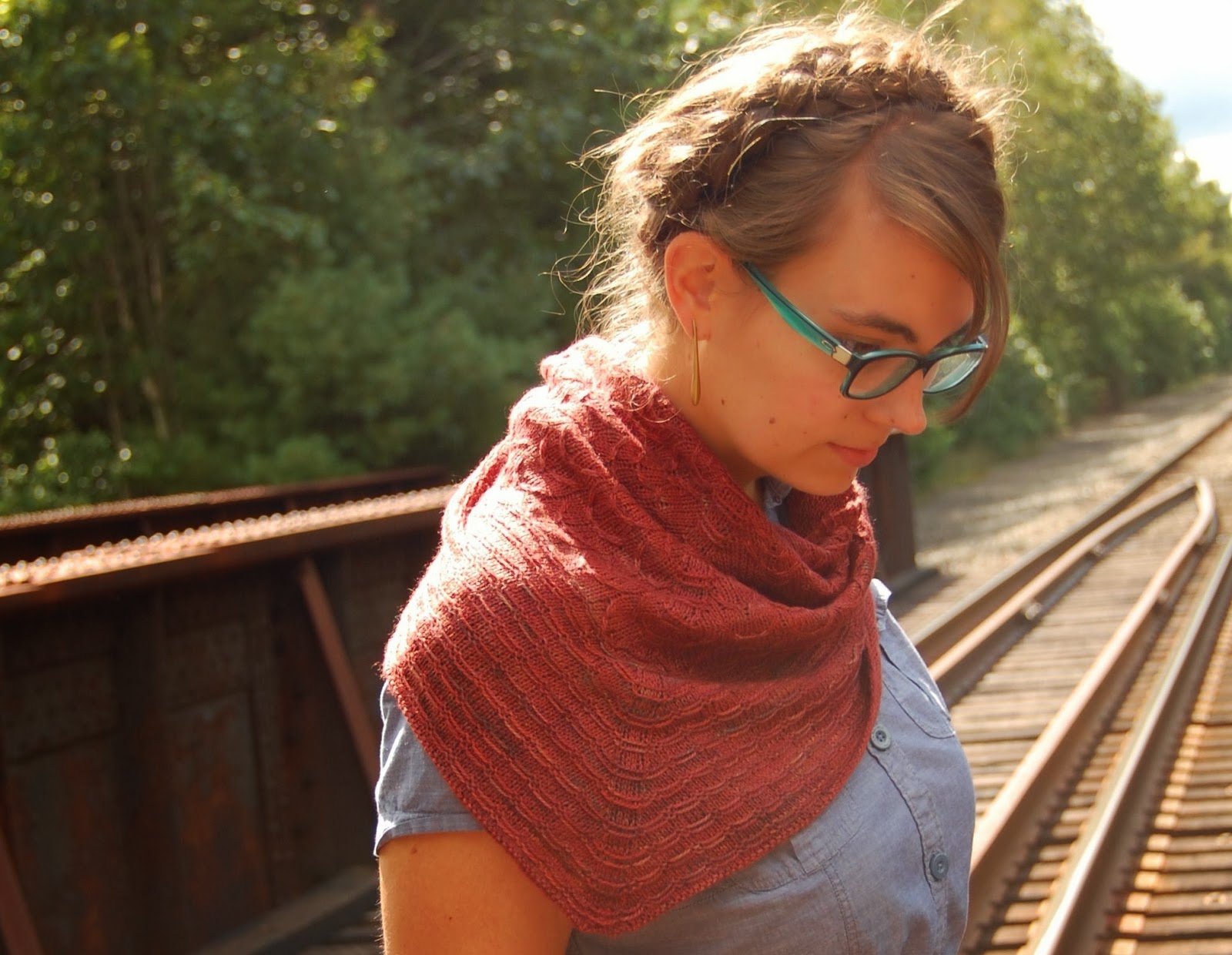 Bristol Ivy is a knitting designer and fiber artist from Portland, Maine.  Her work focuses on the intersection between classic tailoring and innovative technique, creating a unique and wearable aesthetic while still maintaing knitterly appeal.  You can find her musings, ramblings, and frequent silliness at blackbirdturning.blogspot.com 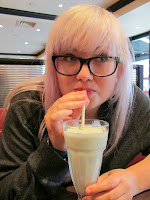 Rachel Coopey is a knitwear designer living and working in Worcester. She published her first book Coop Knits Socks in April 2013, closely followed by A Knitted Sock Society with Rowan Yarns. Her designs have been published in Twist Collective, Interweave Knits and Knitty. Rachel’s design focus is on small and intricate pieces that are both beautiful and functional. She especially enjoys designing and knitting socks. You can read about her constant quest for warm feet, ever growing sock yarn collection and her knitting and spinning adventures on her blog: www.coopknits.co.uk. Find Rachel on ravelry and twitter as Coopknits.

Kirsten Kapur has been knitting, sewing, and creating for as long as she can remember. She worked for many years as an apparel and textile designer in New York City. Designing knitting patterns allows her to combine her love of garment construction and surface design. Kirsten's designs have been published in many books and magazines including Knitty, Petite Purls, Ply, Knitscene, Knit Simple, My Grandmother's Knitting, Craft Activism, Brave New Knits, Fair Isle Style, Knit to Flatter, and Knitting Architecture. You can find Kirsten's independently published patterns on her website. Kirsten lives in New York City with her husband and three college-aged children.

Ragga Eiriksdottir (raggaknits on Ravelry) is an Icelandic knitter, knitting instructor, knitwear designer, knitting entrepreneur and the general manager of Knitting Iceland.
After earning a university degree in nursing and spending many years in the pharmaceutical business in sales and marketing, Ragga decided to use all her experience to pursue a career in knitting related projects inspired by all the wonderful knitters, bloggers, podcasters, designers and entrepreneurs she had gotten to know.The turning point came when Ragga published her first book in 2008 along with Halldóra Skarphéðinsdóttir. Knitting Iceland became reality in 2009 when the first DVD came out (Prjónum saman – only out in Icelandic so far) and the first knitting tours were offered in the summer of 2010.Today Ragga works full time as the general manager and designated do-it-all person at Knitting Iceland. She also travels the world teaching and lecturing about knitting. She recently took up spinning and really looks forward to see where that will take her.

Ann Kingstone is an independent designer with a passion for innovative techniques and stranded colourwork. Her latest book, 'Stranded Knits', has delighted knitters with clearly illustrated tutorials, friendly text, and glorious designs. Ann is a native of Yorkshire, whose rich wool traditions she celebrated with Baa Ram Ewe in 'Born & Bred', voted best knitting book in 2012 by readers of Knit Now magazine. She has also worked with Twist Collective, Future Publishing (The Knitter), Lark Books, Interweave, and Rowan. You can find out more about Ann's work by visiting www.annkingstone.com/ 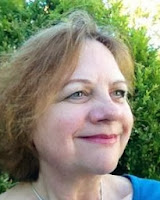 Susie Myers from Australia describes herself as an experimental knitter who loves unorthodox construction techniques. An actual finished object is a bonus. She experimented with finding a way to do top-down, seamless, truly simultaneous set-in sleeves which not only worked, but inspired other people  to try it too. Her Contiguous method is now used by designers as a design component in their patterns, and by knitters  worldwide to make seamless top down (or bottom up) set-in sleeve garments.  You can find Susie on ravelry as SusieM, and find out more about the Contiguous method in the dedicated Contiguous ravelry group. 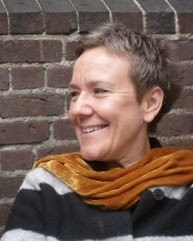 Åsa Tricosa abandoned philosophy for wool and is much happier building lace charts than parsing logic. She is a problem-solving kind of knitter who leans toward seamless and clever in her elegant yet funky designs, ruthlessly re-working until each edge is neatly finished and every problem tidily solved. Åsa’s current mission is to share her scarily clever Ziggurat ‘tricnique’ (tailored-
topdown-truly-all-in-one-seamless) with knitters everywhere. Her passion is infectious as she leads her knitters zigging and zagging toward garment enlightenment! Åsa has knitted her way from Sweden to Germany via New York, Boston and Sussex, and annual side trips to Singapore. You can find her designs on her website, asatricosa.com, and on Ravelry, with a design recently published in Interweave’s Knitting Architecture. She is learning to like pink. Find out more about Asa's knitting adventures at http://asatricosa.com/

Born in Denmark and now residing in Scotland, Karina "Karie"
Westermann is a creative and multi-talented knitwear designer, knitting/crochet tutor, translator and technical editor. In addition to her own work, her collaborators include Rowan Yarns, Old Maiden Aunt Yarns, Baa Ram Ewe, and The Island Wool Company as well as multiple knitting magazines. You can find out more about Karie's work at www.fourth-edition.co.uk 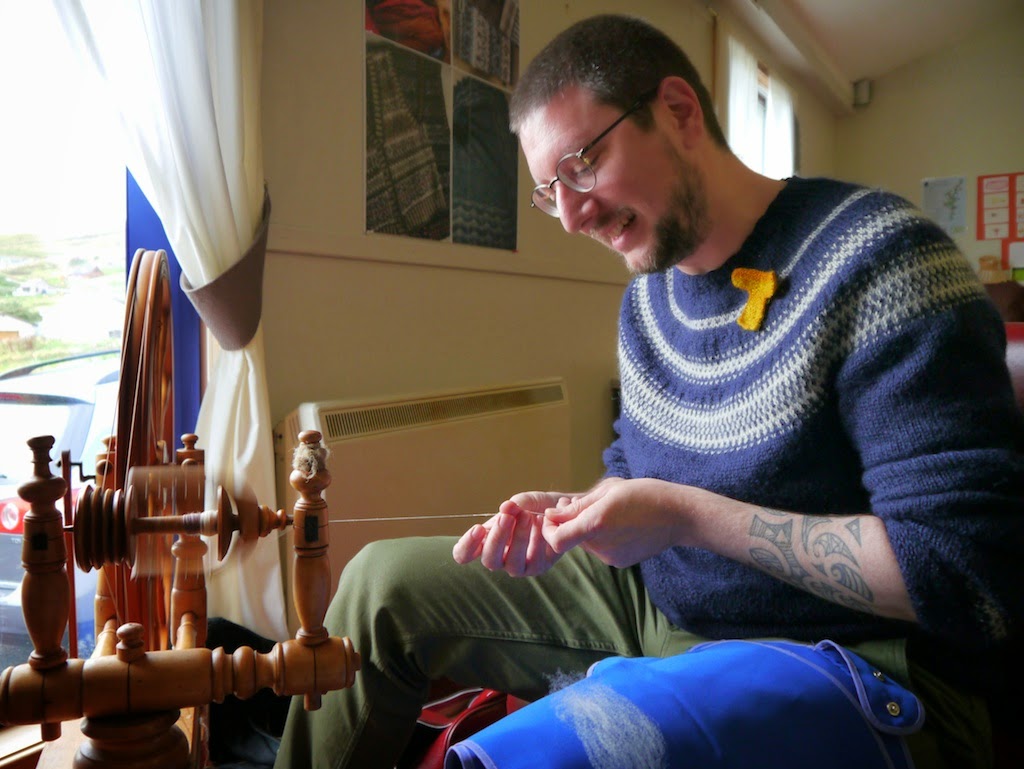 Tom van Deijnen is a self-taught knitter from The Netherlands, who now lives in Brighton, UK. Technique, tradition and narrative inform much of his work. Under the moniker tomofholland, he explores these aspects of knitting and shares his enthusiasm with other knitters through exhibitions and workshops. Hand-knitting has also raised his awareness of the meaning behind garments and his relationship with the clothes he wears. This has led to the Visible Mending Programme, through which Tom provides mending and repair inspiration, skills and services. Website: www.tomofholland.com

Amy Hendrix is a hand dyer of yarns and fabrics for crafters and is currently headquartered in Texas. Her company, Madelinetosh, draws much of its inspiration from traditional methods of dyeing. She studied Art History at the University of North Texas and in London. Hendrix began her yarn company in 2006. Being an artist herself, she wanted to paint the yarn. Skipping a lot of modern protocol and instead utilizing techniques more likely to be found in the middle, rather than the modern age, she began experimenting in her kitchen with dyes, sometimes blending two or three colors in layers at a time. Remembering stories of her great grandmother who handmade linens and textiles in the early 1900s, she decided to honor her work by using her name, Madeline Tosh, as the name for her new company. In 2013 Amy was honored to lecture at the Amon Carter Museum on the use of textiles in American Art. Madelinetosh Hand Dyed Yarns are currently stocked in more than 200 different colorways and supplied to over 600 retailers around the world.

Joanne Scrace is a crochet and knitwear designer, teacher and technical editor. She has designed for collections with Artesano, Manos del Uruguay, Malabrigo, Dream in Color and Knit Picks. She is frequently published in Inside Crochet and Simply Crochet and a wide range of other print and internet publications. Co-owner of The Yarn Project (theyarnproject.com), she is interested in using seamless techniques to create stylish, wearable garments and accessories and especially shaking the image that crochet is “best for blankets”
She lives and works near Cambridge, England and looks wistfully across the border at her native Suffolk. You can read more about her obsession with the Suffolk landscape, her observations about designing and the perils of mixing young children and knitting needles on her blog notsogranny.blogspot.com 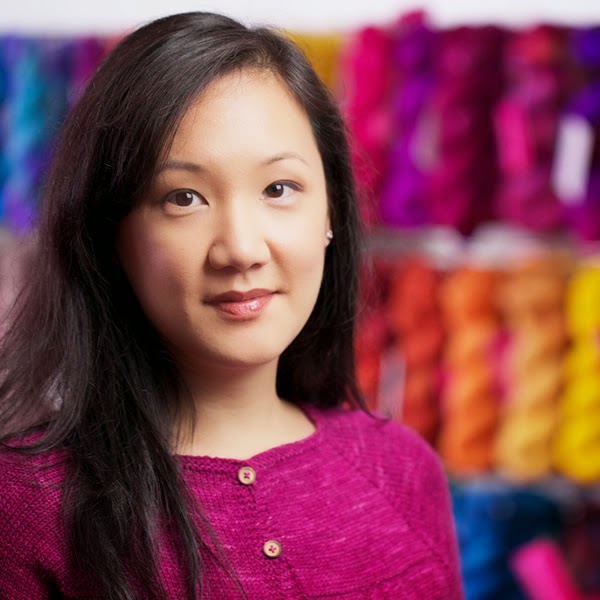 Driven by an obsessive, passionate and often tumultuous relationship with color, Felicia Lo has intensely pursued everything related to design, dyeing, spinning, weaving, knitting and photography. In 2005, she founded SweetGeorgia Yarns, an artisan hand-dyed yarn company that makes exquisite knitting yarns and spinning fibers in stunningly saturated colors. Felicia has taught spinning, dying and weaving in her production studio as a way to welcome more fiber enthusiasts to the world of color and texture. Felicia lives in Vancouver, British Columbia, Canada with her husband (who is not shy about his love of the color orange) and travels extensively to learn new skills and gain inspiration from other artisans. Learn more about Felicia and SweetGeorgia Yarns at sweetgeorgiayarns.com.


Amy R Singer is the editor of the online knitting magazine Knitty.com which has had more than 140 million site visits since its launch in 2002. Most people who learn she’s a knitter and knitting magazine editor who is allergic to wool think it’s hysterical. Ha. She’s perfectly happy knitting with cotton and silk, and wrote a book on the subject (No Sheep for You; Interweave Press, 2007).

A grandma-taught knitter since the age of 6, she champions the joys of mindless [think relaxing] knitting, helping knitters to create beautiful things without tearing their hair out. Amy lives in Toronto with her rabbits, Boeing and Squeeze, who are trying their best to eat her house, a nibble at a time.

Woolly Wormhead is a Hat architect, sharing her time between the UK and Italy with her family. With an instinctive flair for unusual construction and a passion for innovation, Woolly is an established designer whose patterns are trusted and celebrated by knitters all over the world. Her Hat designs have been published in numerous online and print publications, including Knitty, The Knitter and Knit Now. Alongside these, Woolly has self published 6 books and boasts an extensive independent pattern line. Informed by a background in art and engineering, Woolly sees her Hat designs as sculptural pieces, exploring form through the knitted stitch. You can read more about this, and her travels, on her blog atwww.woollywormhead.com

A quarterly, collectable publication based in London, UK for smart, creative types.

Promote your Page too